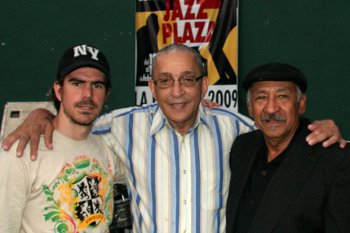 Oliver Hill was born in New York to a Spanish mother and American father. Raised in the US with frequent trips to Spain, the climate and culture of Latin America and the Caribbean beckoned from early on. In the midst of his university studies he escaped the frigid winter of Upstate New York to study batá in Havana. There he was introduced to a world he only knew of through the discography of Cuba's leading musicians. Among these were rumberos who inspired him to create a documentary and share the magic of a singular folkloric form poorly understood beyond the island's shores. After studying development economics and science as an undergrad, Oliver pursued a master's degree in broadcast journalism seeking to hone his ability to tell stories in written and visual forms.

Following his degree in journalism, he released his first documentary, "coping with babylon (2004), a re-edit of a master’s project spearheaded by former classmate, Alfred de Montesquiou. His fascination with themes of identity in Latin America and the Caribbean didn’t subside as he entered the world of financial journalism and he continued to pursue his passion for documentary filmmaking even as his work led him to travel in Latin America and reside in Mexico and then Jamaica.